Winters are freezing but summers can even be hot. The lowering population density as you travel northwards. Long summer days and winter nights. This is Continental climate.

In Mid-Latitude continental climes the summers are warm-to-hot, but the winters are much colder. The hottest summer day may be some 60 degrees warmer than the coldest winter day that year. In places further from the Ocean shores the difference can be even more extreme.

There are four distinct seasons with different prevailing natural colors: yellow autumn, white winter, green spring and saturated-green summer. White color is snow and ice; green and yellow are the ever-changing grass and leafs. Precise duration of each period differs depending on area (e.g. the white winter may last a few sporadic weeks or many months).

The trees drop their leafs in winter and many animals hibernate, others migrate away. Lakes and rivers freeze (for weeks to months) but seas and oceans do not.

Heating is a must in these climes and eats up a significant share of the household revenues in winter. Other associated costs/nuisances include cleaning the roads from snow, changing car tires twice a year (winter/summer).

Many species of animals exist but they are not that well visible. Summers bring lots of insects.

Humid continental areas are further from the Poles and less harsh. In summer they offer extremely fertile soils and all the nature looks green (lush forests, grasslands), the winters are snowy and cold with freezing temperatures. The rains are relatively regular but sometimes prolonged aridity harms crops. The difference in daytime and nighttime is big and varies accross seasons. In mid-summer the daytime can surpass nighttime several times and the nights do not get darker than twilight. In winters it is vice-versa, with dark long nights and short daylight. The population densities can still be high with large cities and all the necessary infrastructure available. 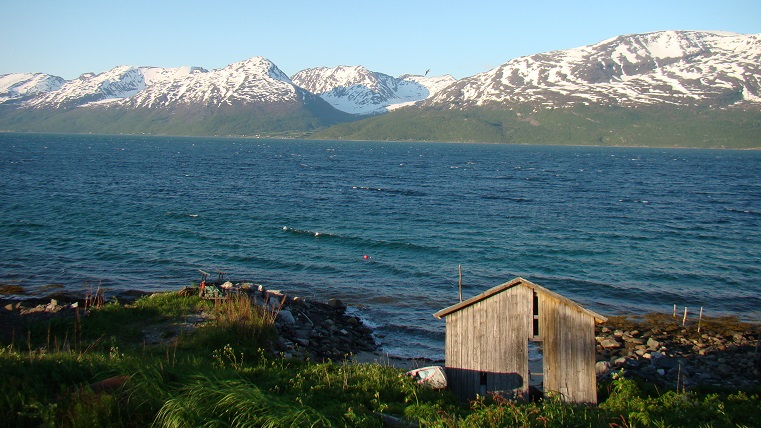 Midsummer in a subarctic coastal area (Norway). The summers are cool that’s why snow is so low on the mountains. Deeper in the continent summers are hotter but winters much colder.

While most severe mid-latitude areas have humidity fairly evenly spread accross the year, some have winter as the drier season.