Perennially frozen land, in many places eternally covered by white ice. Few (if any) villages and towns, no roads, few animal species. These are our planet’s Polar regions.

Polar climate is on the extreme northern and southern fringes of our world. These areas are treeless there is nearly no precipitation, much of the land is eteranlly covered by ice. Even the oceans are passable to shipping only in summer and frozen in winter.

Summer temperatures of 0 C or 10 C are a norm even in the warmest locations. No agriculture is possible. The winds are some of the world’s fiercest. Summers are characterized by a prolonged period (weeks to months) of continuous daylight when sun does not set. In winters likewise there is a similar period of continuous nighttime. Winds may get freakishly strong (15 m/s a norm). 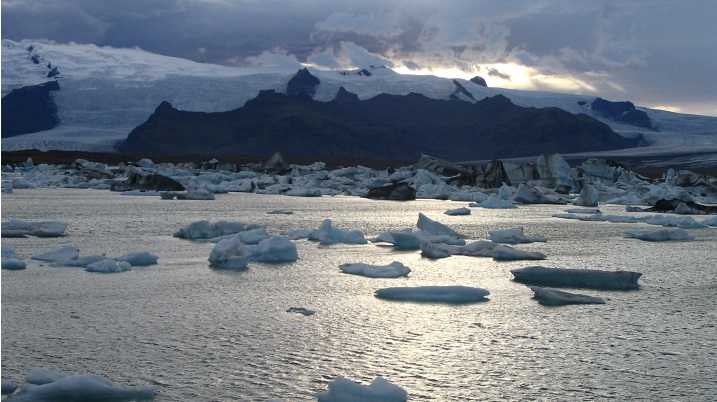 In Polar climate some ice fails to melt all year round. Some ice shelfs are millennia old (Image: Iceland).

Modern life in such areas is expensive as most things have to be provided from elsewhere. Human populations are largely limited to mining towns, scientific stations, military bases and the like, where broader national or foreign needs facilitate investments. Settlements stand separate from each other without even roads connecting them as the distances are too large to build expensive roads.

Cold climate could preserves modifications for centuries. Tire tracks remain for decades, while even dead bodies mummify rather than decompose. Centuries-old frozen mammoths and other extinct animals may be discovered in a good shape in permafrost.

Two types of this climate are tundra and ice caps.

In tundra areas the land is barren, but not covered by ice (although it is deeply frozen). In addition to modern settlements some traditional populations survive by hunting the local animals and fishing. There are few species of animals but those that are are quite extensive. 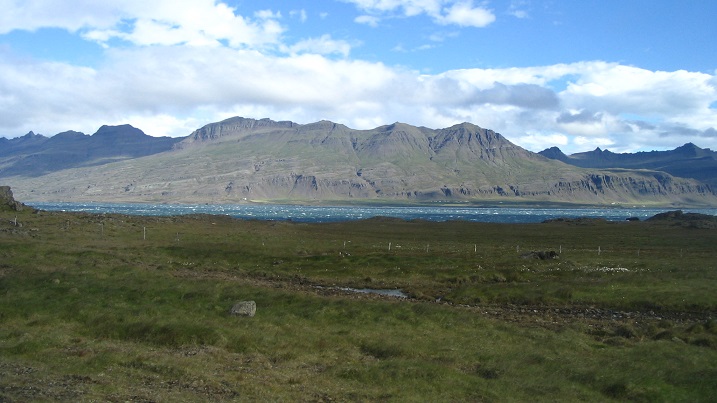 A view of tundra in summer: small grass and no trees (Iceland).

Ice caps is the world’s most extreme cold climate where land is completely covered by ice and no permanent human habitation exists. Average annual temparatures may get under -30 C.

Even the oceans freeze here, making shipping impossible without ice-breakers. Many are frozen year-round, although ice sheets retreat every summer only to re-expand in winter. Over 90% of all the world fresh water are in this ice.

Being so rough these areas were the last ones to be carved up by nations with many disputes solved only in the 20th century. In fact the all-Polar Antarctica is the last area of Earth not belonging to any nation. Natural resources (oil, gas) now change the previous perception that these locations are useful only for fishing.