Few people own cars but not even the largest megalopolises have subways. Non-major streets are unpaved. Further from the ocean shores electricity may be on for some hours, leaving a city shrouded in darkness at nights. 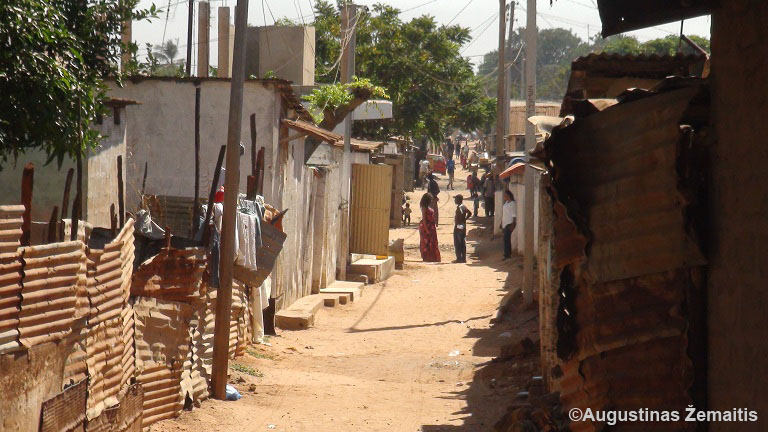 From a foreign standpoint socially the Central Africa also “lags behind”. Many (in many cities the majority) adults are illiterate leading to the use of imagery to replace text in signs and political agitation. The families are the largest in the world, children making up the majority of population.

There is however, a small rich elite as well, with connections to the government. This elite is largely westernized, eating at western franchise restaurants and buying at a few newly-constructed malls. They are joined by White and Asian expatriates who attempt to tame the large African markets. Western-style life can be unexpectedly expensive in Central African cities, with prices here equal to or surpassing those in Western cities. A Western dinner may cost a monthly salary for an average Central African city dweller so they buy up at marketplaces and bring in food from countryside.

Save for the aforementioned expatriates the cities are nearly 100% Black. Country borders in Africa derive from artificial colonial boundaries (rather than ethnic/religious). Every major Central African city attracts population from all over their country, so no ethnicity makes a majority. An average city dweller is likely to speak three languages. The one native to his home region helps him little in city enviroinment; thus every city has a lingua franca. The African “lingua francas” have much more non-native speakers than native and are a “neutral” way for different communities to communicate. Despite of this they are not used for higher education, law, science or politics, leaving this domain to the sole truly official language: that of a former colonial power (mainly English or French). Local languages, largely unwritten in the pre-colonial era, have also seen Latin script adopted to write them and adopt many loanwords from the colonial languages.

The main religions are Islam in the northern cities and Christianity in the southern cities. As late as 20th century the area’s population majorities have been adhering to animist/pagan faiths however. Christian missionary activity have been massive, numerous Christian churches, such as Pentecostals, now have the majority of their worldwide followers in the Central African cities. The old beliefs, practices and/or superstitions survive however (e.g. wearing amulets, fertility rituals) and are followed even by Christians/Muslims. 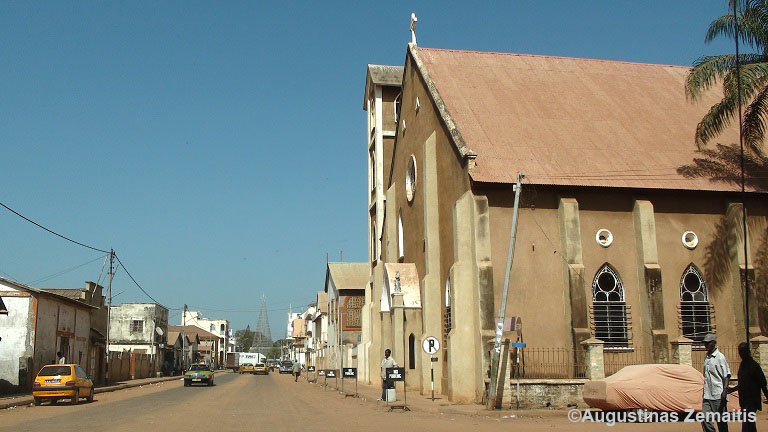 Churches of the region are quite small. This is the Cathedral of Bandjul, Gambia

Many in the Central African cities dream of emigration to the richer West, some undertaing a dangerous illegal journey to the North African cities and then accros the Mediterranean sea.

Football is the favorite sport and pretty much the only sport in many Central African cities as there is not enough money to support professional leagues and national teams of more than a single major sport.