Nordic cities are small. A settlement of ~30 000 people would be considered a town elsewhere but it could be a regional metropolis in the Nordic countries, with all the necessary amenities including an international airport.

The reason for this is low population density which means that such a small city may be the region’s largest. Narrow and twisting two-lane intercity roads make most visits to another city a long journey. Generally the norther you are the smaller and rarer are the cities.

The downtowns have many wooden multi-floored buildings. The ceilings are low to conserve heat. Larger cities or those more recently ravaged by fires have brick downtowns (art nouveau and national romantic). In mid-20th century these have been joined by plain functionalist edifices. Many old iconic buildings were replaced by new plain ones during the campaigns of “urban renewal” making urban centers architecturally inconsistent. Skyscrapers are rare. 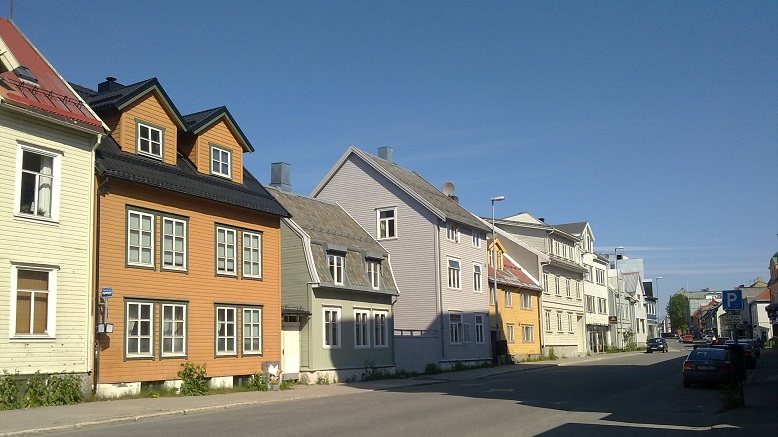 Nordic cities have been ethnically almost homogenous until 1980s when affluence and liberal immigration policy triggered rapid immigration. Today there are many Blacks, Asians and/or Eastern Europeans in every Nordic city. The cities grow in population only because of immigrants who mainly do less paid jobs.

Most locals are Lutherans. Many are secular but the church is supported by state. Old wooden churches, some almost 1000 year old, are largely replaced in the cities by larger brick ones, some with supertall spires. Churches are also the community centers for concerts and other events. 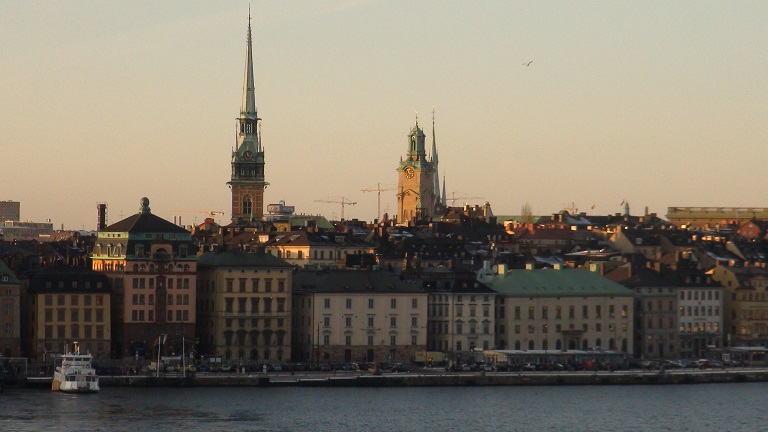 Church spires rising above the historic center of Stockholm, Sweden

Cultural Marxism, with its emphasis of making different genders, races not only equal, but also similar (denying inborn differences) is especially popular among the establishment, even where it contradicts science. Individualism and better achievement are frowned upon since school levels, to the detriment of talented people.

Every city is surrounded by vast natural areas with abundant lakes, fjords, mountains or plains, and many city dwellers own small houses or otherwise spend their holidays in the countryside. Most urban families moved in from villages in 1900-1980 and they still feel connected to nature. Outdoor museums with reconstructed 19th century homes and lifestyles are popular to introduce the “true native culture” to the urban dwellers. 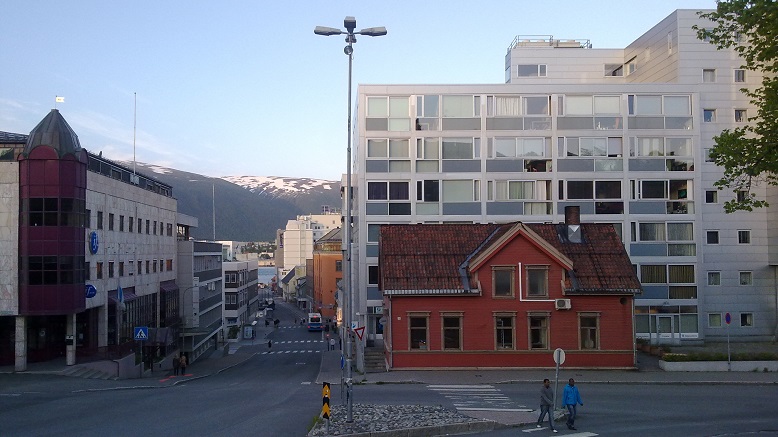 Black immigrants walk pasttraditional and functionalist buildings, with mountains in the background.

Affluence makes Nordic cities notoriously expensive for visitors. The services that require most labor and goods manufactured locally cost especially much. The working hours are short even for shops and restaurants.

Ice hockey, football and handball are the most popular sports to follow and most cities have one or more clubs at the local top league. Hard rock and metal music and the related subcultures are heavily popular.