Stuffed by wide oceans on their little islands and atolls the Oceanian cities are small, with even the capitals rarely surpassing 100 000 in poplation. An Oceanian city is extremely remote by all senses, many hours of flight-time from the nearest metropolis.

The flights however may be less than daily. Ships sail from a local harbor to villages in far-away archipelagos (where they may be the only supply lifeline), while private motor boats criss-cross from “suburbs” in outlying islands. The “suburbs” may actually be hamlets miles and years away from larger islands in development. Much of the transportation is state-subsideized and would never pay for itself. 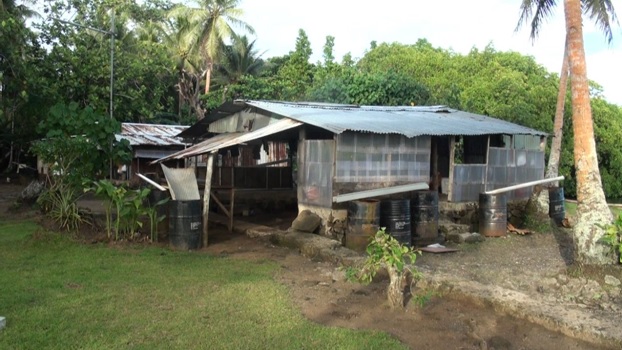 A family home in a suburban island (Kolonia, Micronesia)

The local buildings are small and quick to succumb to the wet climate, many of them lacking sturdy walls. In fact, a significant number lack walls altogether, their corridors being a simple roof to shade sun and rain. Administrative buildings look better but even they look like dwarfs to their counterparts anywhere else; a national museum may consist of a single room and the parliament may be a simple house. Many cities are too small to need traffic lights or public transport.

The clear blue sea is always near with diving opportunities. The little accessability however means that few Oceanian cities were able to capitalize heavily on tourism. The hotels that exist are usually foreign owned and indigenous are limited to small business. Many depend on foreign aid and emigrant remittances. Emigration rates are so high that population stays level or decreases despite of high birth rates. There are sometimes more city-born people living abroad than in the city itself. 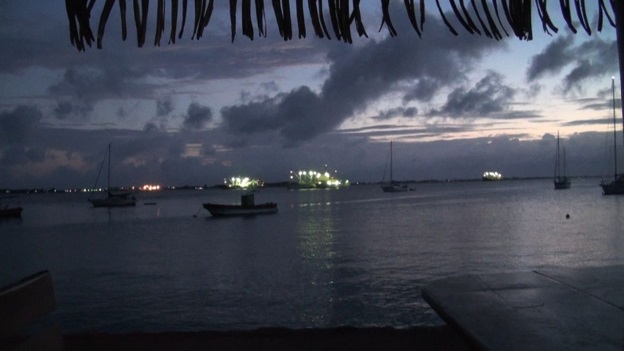 Small boats fill atolls of Oceanian city lagoons. In multi-island cities they are as important as cars.

All the Oceanian cities were established in the region’s belated colonial era, ~1880 at the earliest. In addition to the locals (Micronesnians, Polynesians, Melanesians) they have been settled by people from other parts of the colonial empires. In some cities White descendants of colonists and Indian or Chinese workers now outnumber the indigenous populations. Indigenous people are far from homogenous either: water barriers means that languages and identities developed separately in separate islands, so people from different islands who inhabit the main Oceanian cities might not consider themselves to be part of the same nation.

While Oceania could be seen as a natural paradise many of its cities are in fact quite polluted. The waste is all disposed locally, leaving decommissioned cars to rust on the pavement and empty bottles flow in the ocean currents. Low coastal position of most Oceanian cities makes them heavily threatened by rises in sea level and hurricanes. 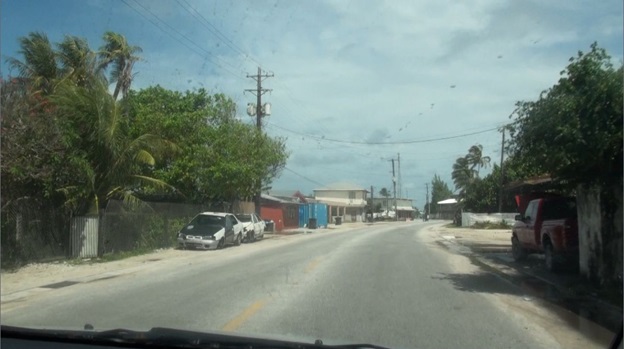 Much of the urban land is owned by the traditional clans and the real estate sales can be limited.

Oceanian cities have the world’s highest obesity rates (40%-80%); diabetes is also prevalent. This problem appeared ater the Western and Asian meals displaced the local cuisine which was more acceptable to local genetic traits.

Older buildings are rare, save for an occasional colonial church resembling a scaled-down version of a European religious building. Most of the churches in Oceanian cities are even smaller however and look like large private homes. They belong to a multitude of Christian denominations. A favorite target of missionaries Oceania is extremely diverse religiously; its Mormon and Baha’i populations are unusually strong. Regardless of their faith many Oceanian city dwellers still deeply believe in good and evil spirits. 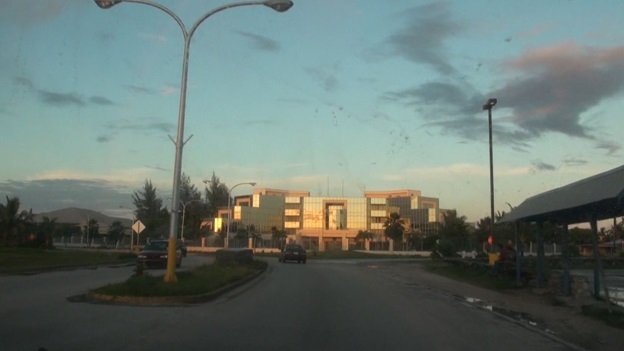