In an East Asian city everything seems cramped. The area has extremely high population density (400 people/km2) and much of this scarce land is mountainous. Cities have small strips of coastal land to develop on. Nevertheless they are huge. 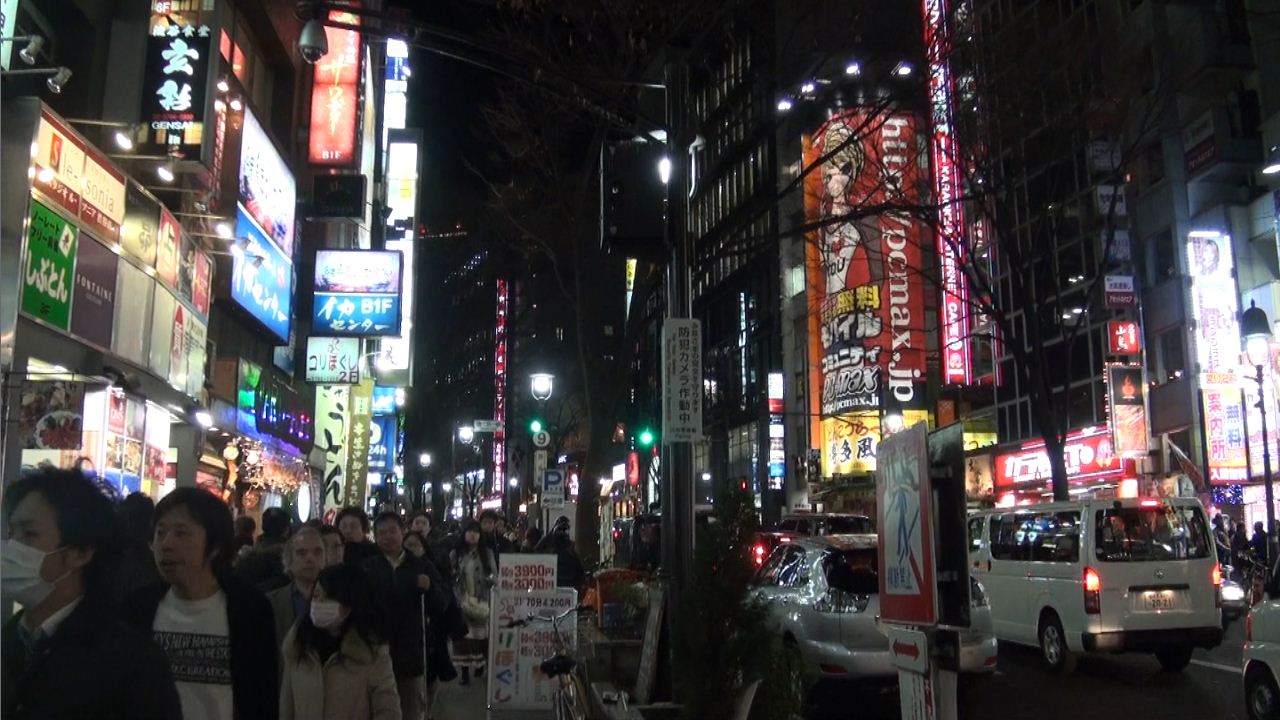 People live in small apartments; furniture allows to use the same space differently in night and day. The work is far from home and commute times are long. Luckily the subways and local trains are efficient and almost always on-time. During peak hours they get so cramped that railway workers have to push commuters inside.

A relatively small percentage of population use cars in the inner city but traffic jams still get huge. This is alleviated through multi-level streets and taxes on larger cars. The latter created entire market of small cars, called “K-Car”. East Asian cities are traversed by K-Car SUVs, trucks, sport cars and even vans. “Jams” are even formed by pedestrians on the sidewalks.

The work hours are long and for urban East Asians their job is frequently an important personal trait as the workplaces are changed extremely rarely. Sometimes they do not even come back home in evenings due to long commute and short rest, opting for spending a night at a capsule hotel near their workplace. 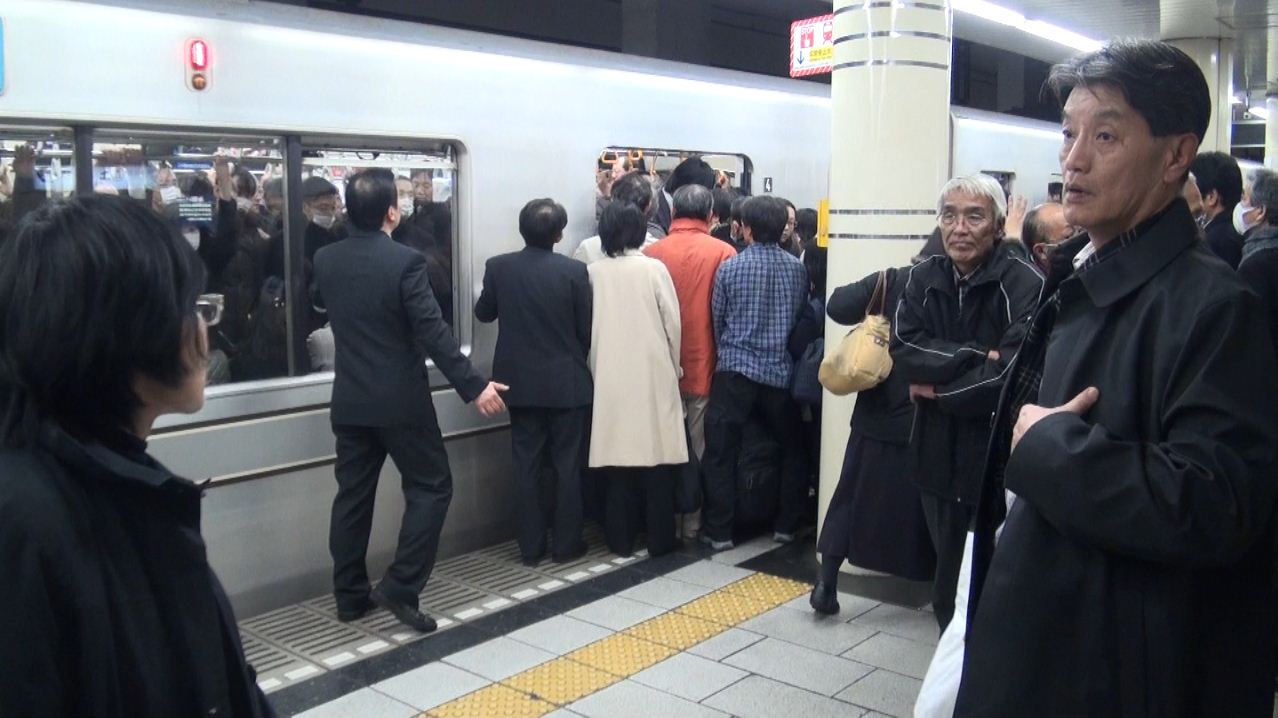 The lack of space influences commerce as well. Instead of locating shops and services on the ground floor it is common to locate them on 4th or even 8th floor where they could be reached by elevator alone. Large vertical neon adverts on the outside lists the businesses inside and their floors. Everywhere else one may see ingenious answers to the expensive land: cafeterias with almost no space between tables, gas stations with hoses coming down from ceiling.

The architecture is unappealing as the cities have largely expanded ~1960s and later; only some old palaces and temples still remain in the shade of modern skyscrapers.

East Asians are avid early adopters of many technologies and this is especially visible in the cities. Many public screens, lights, high-rise electronics stores and game salons surround everyone. Unbelievable number of competing vending machines partly outcompeted convenience stores. High-tech is the backbone of industry and TVs, computers, cellphones manufactored in East Asian cities dominate the markets all over the world. The manufactoring relies heavily on robotics. 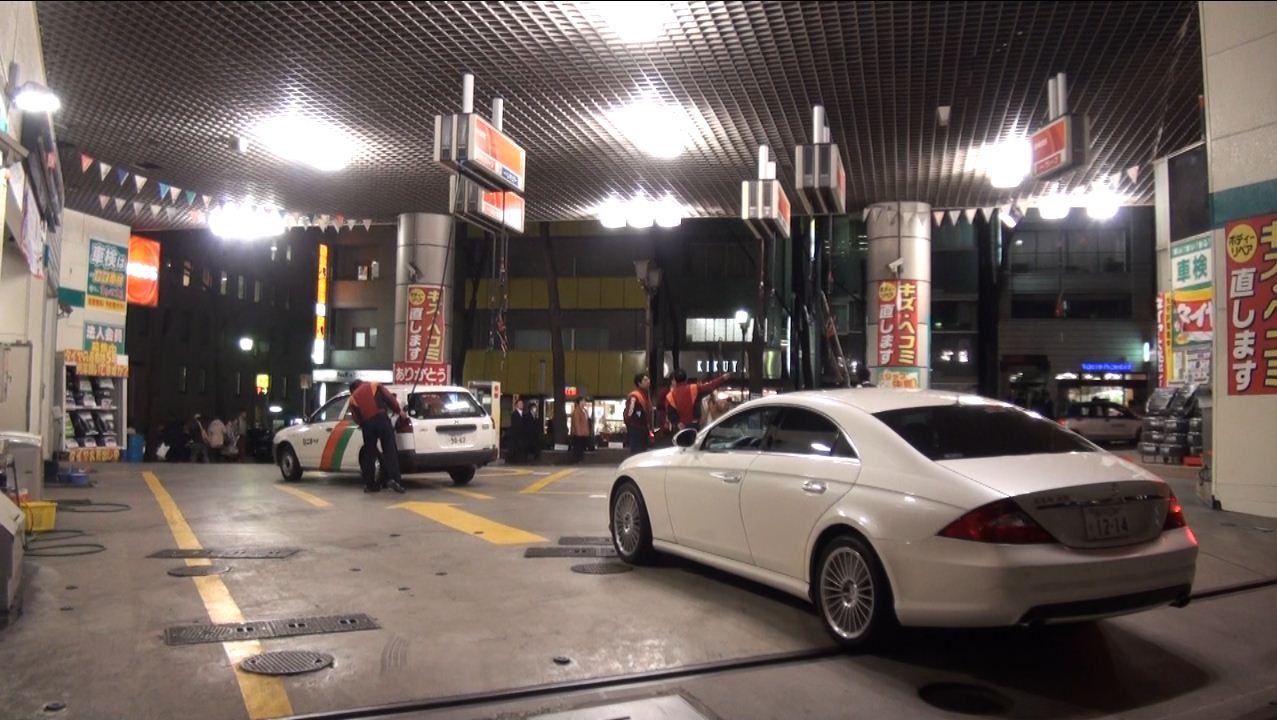 Gas station with hoses from the ceiling is one of the ways to conserve valuable space (Tokyo, Japan)

The cities are extremely safe on global standards. A girl may leave her handbag unattended in restaurant and go order meal. Still, some East Asians claim it is no longer as safe as it used to be, blaming it on immigration. The numbers of immigrants are however very low in East Asia. Most people are locals and speak only the local language. Immigrants that arrived are mainly from poorer Asian countries, such as the Philippines.

East Asia has never been colonized by Europeans and to this day it is the richest major non-White area in the world. As such the region developed its own urban culture rather than embracing the European one. Youth culture is important and there are many local subcultures, including over-the-top conservatively dressed lolittas, cosplayers who dress like anime characters, pink-colored harajuku. Local forms of theater include kabuki, more ritualistic noh and puppet bunraku (Japan), pansori (Korea) and local “operas” (Taiwan). Manga comics is a popular literature, while visual novels is among favorite PC entertainment. Cinema posters can still be hand painted. All these and many other small details makes moving into a East Asian city hard, inspiring the film “Lost in translation”. Colorful pachinko parlors and game machine salons are other local institutions.

The notion that one must have a single religion does not exist in the area. Most people combine beliefs and practices of Mahayana Buddhism with pre-Buddhist local faiths (Japanese shinto, Chinese folk religion and Korean shamanism). The same person may visit temples/shrines of different faiths regularly. Christian missionaries have converted hundreds of thousands after World War 2 and new local cults were established; these faiths are more exclusive. 60%+ dead bodies are cremated, nearly 100% in some cities, helping conserve expensive cemetary space.

Baseball is the favorite team sport and all the cities have their major league teams. It is supplemented by traditional sports (e.g. martial arts) on one side and by e-sports on the other. E-sports (PC games played as a sport) is a serious matter in East Asian (especially Korean) cities with many people playing them professionally and TV stations airing matches.