Chinese cities are constantly growing with new taller and taller skyscrapers built every month rather than year. The urbanization drive that swept other continents decades ago now reached China. 400 million people moved into cities since 1985, driving the urbanization from 20% to 50%. 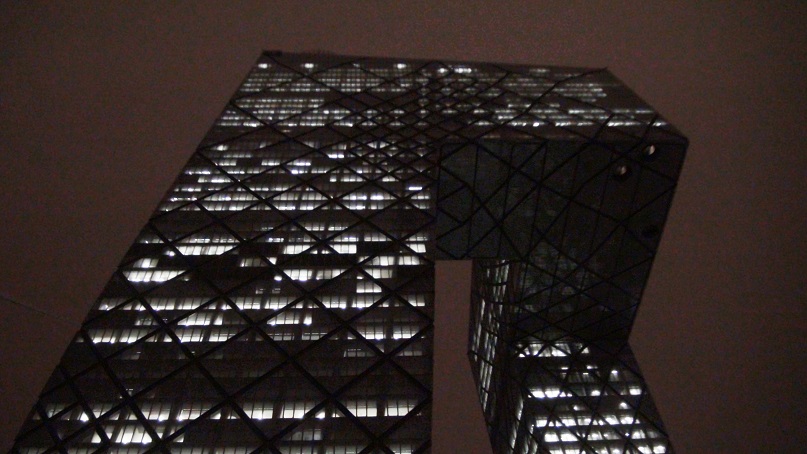 Most however are workers rather than enterpreneurs. Having left an even tougher life at far-away villages they now work long hours in city industries to manufactore cheap goods for foreign markets. Still attached to native regions they travel there every Chinese New Year (February) universal week-long break, clogging inter-city highways and rail routes. The polluting factories cover entire cities in heavy smog.

Then there are some centuries-old buildings: palaces, temples, pagodas, sculptures, city walls, parks, all of them reminding the numerous dynasties that have ruled China for millenniums. Negelected and (in many cases) destroyed throughout the 1950-1980s these historical treasures now become cherished as tourist sites and a part of Chinese glory. However only the most impressive buildings are safeguarded; the demolition of “anachronistic” residential historical neighborhoods of small homes continues to make way for new steel-and-glass developments. 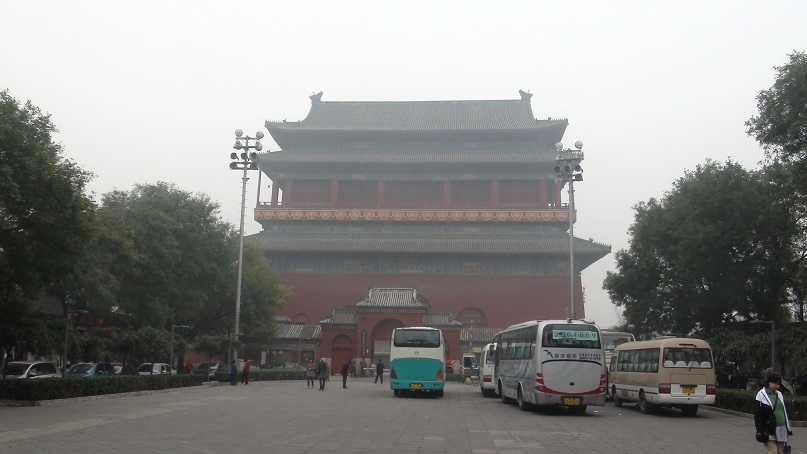 Drum towers are one of the traditional buildings of Chinese city; they house signaling drums (Beijing)

This is the new face of Chinese cities: high-tech industries, expensive trademarks, economic growth, some of the world’s largest malls and fastest trains. In a sense Chinese cities are undergoing the same transformation the European and American cities lived through ~1850-1920, but some four times that pace.

The West of the era is even imitated in architecture with some palaces of government and the nouveau-riche built according to the 19th century Neoclassical canons.

The birth rates are especially low as there is a tight one-child policy. Only because of huge migration the cities grow. 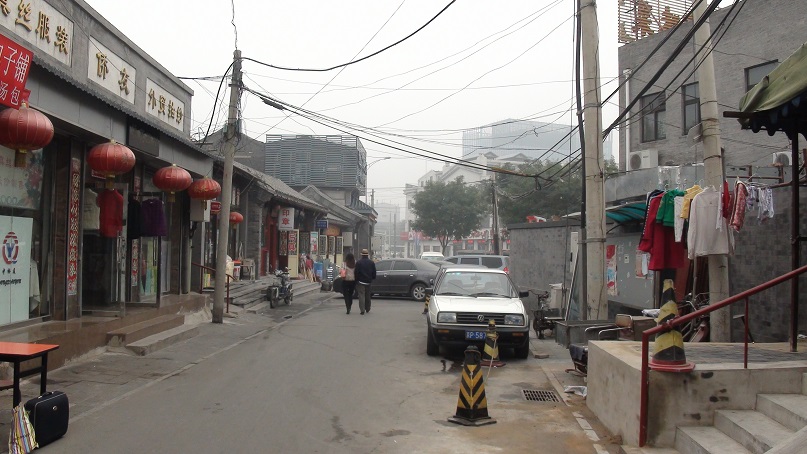 The communist state promoted atheism and still only some religions are recognized. The Chinese faiths are syncretic and many practice a combination of Buddhism, Confucianism and Taoism coupled with various folk beliefs and superstitions. Islam and Christianity both have centuries-old religious buildings. The true momentum of Christianity is however the multitude of unofficial and invisible “house churches” outside the government control where some 10% of people belong.

People of China speak many languages (many are wrongly called dialects) but Mandarin is the basis of nearly all official communication, becoming also the native tongue of the youth.

Like old buildings the old Chinese arts are also enjoying a limited comeback after decades of neglect and persecutions. They are joined by impressive scene of expensive modern art.

Basketball is the most popular team sport and NBA is avidly followed. Sport is regarded an important representative of the state power; the boarding schools of Chinese cities prepare best athletes in many individual disciplines.