American cities are young and constantly changing. There are few old buildings. In flourishing cities a new building is frequently torn down before the generation that saw its construction passed away. Even the most iconic buildings and churches are not saved from wrecking ball if the economy dictates so. 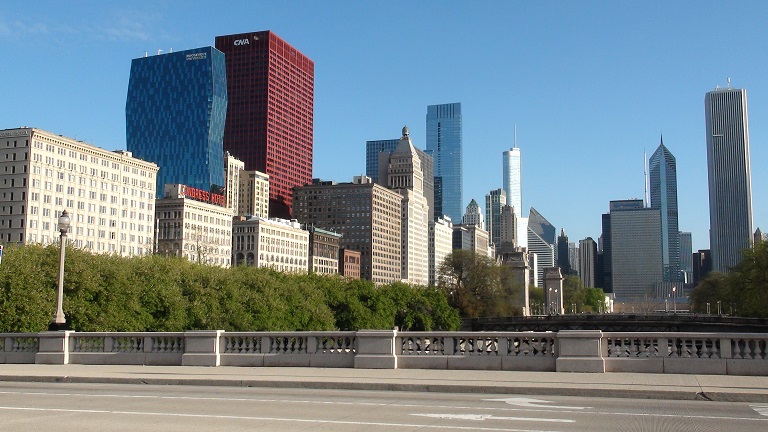 Those buildings that *are* saved are typically surrounded by newer additions. Common old buildings include some churches, mayoral offices and skyscrapers. American cities are the birthplace of a skyscraper; some of them are built in 1910s-1930s following the old architectural styles.

The urban center consists of a massive skyscraper district in the middle and endless area of low-rise buildings around it. Most low-rises are privately owned detached homes, some consist of flats, the ones hugging the main avenues are commercial. The street plan is rectangular, in many cases streets are numbered from the center outwards and bear a north/south/east/west designation. 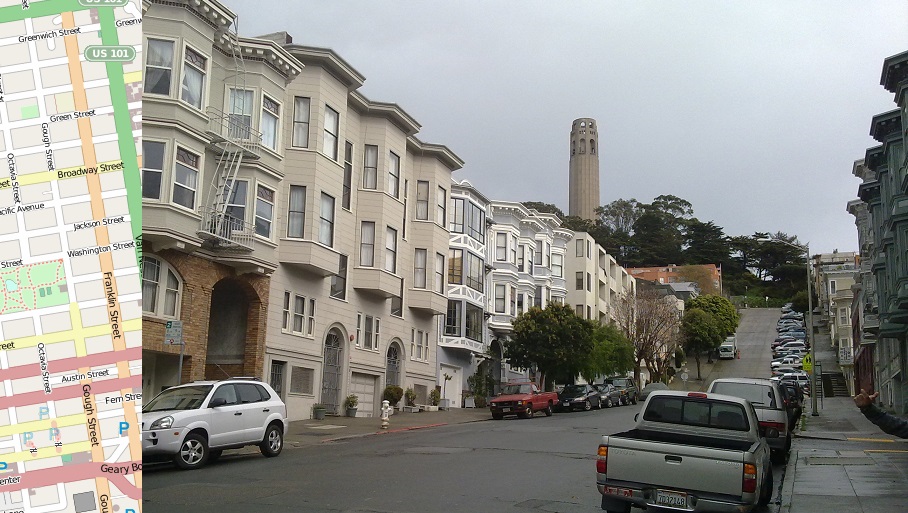 The rectangular grid is forced upon even the hilly terrain (San Francisco).

While skyscraper districts are still serving as commercial heart the surrounding districts have been suffering “urban decay” for decades. Today many of them have Black or Hispanic majority, there are high crime rates and bad living conditions. Such areas are referred to as “ghettos” and are avoided by people living outside them. A few “ghettos” gentrify over the time.

The Whites have largely moved out to suburbs (“suburbia”) in what was known as the “white flight”. The suburban people commute to their city center jobs using well-developed highways. Public transport is usually inconvenient. It is not really needed as more Americans own car than citizens of any other country and the fuel prices are low.

The same urban area consists of multiple municipalities with different quality of living and governance. Life in neighboring areas can differ greatly, there are “good districts”, “mediocre districts” and “bad districts”. The rich live in personal detached homes in the gated communities of the “good districts”. High real estate (~1%) and inheritance taxes (50%+) preclude anybody who is no longer rich from owning a good home, forcing them to move out to a worse district.

While American cities are largely Christian and religious, they have many small churches rather than a few big ones as there are many different denominations while the larger denominations (e.g. Roman Catholic) have separate communities based on ethnic lines. The ethnic church (and other institutions) is usually the heart of historic ethnic districts (“Chinatown”, “Little Haiti”, “Lithuanian Village”, etc.). Many urban Americans have limited attachment to their district and move out when convenient, meaning that many former ethnic enclaves no longer exist.

The migration between cities and states is common as well. Some cities therefore are losing population rapidly, others stagnate and yet others expand swiftly. 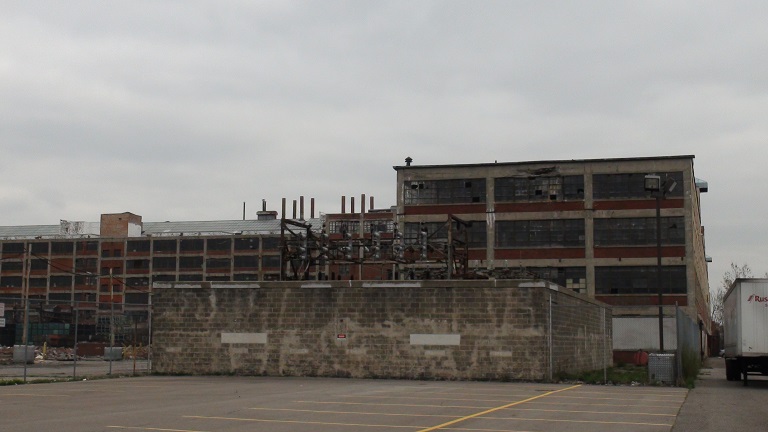 Abandoned automobile factory in Detroit, USA. Synonymous to the “urban decay” this city lost 75% of its population since 1960 and has became a large ghetto on itself. The suburbs however continue to thrive

Whites, Blacks and Hispanics are the main racial groups. Over the time the share of Whites decrease, while the share of Blacks and (especially) Hispanics increase due to immigration and higher birth rates. Immigrants up to ~3rd generation associate themselves with their former homeland.

American cities have many franchises. Franchise fast food outlets are common in every district, frequently providing Drive Through service allowing to buy without leaving your car. Shopping malls serve as entertainment hubs, the best ones are located outside the downtown. Historical public institutions (museums, libraries and parks) are located in the downtown and are built on donations of long-standing businessmen families.

The schools can be public (free), religious or private (payable for non-best students). Public schools are mostly Black/Hispanic dominated and known for violence; the parents who could afford it opt for religious/private education. Affirmative action measures are used to discriminate against Whites and East Asians in order to make more Black/Hispanic children to receive better education. Some children are homeschooled.